By the raw numbers, TCP Global has been a resounding success...

From 2007-2019, each dollar donated for micro-loans was invested an average of once per year. As of August, 2019, the $116,000 sent to twenty plus partners administering micro-loans has supported 2600 loans valued at $596,000. That means each dollar was invested 5 times, keeping in mind that one site has been open twelve years while four have been open less than twelve months. In addition, those programs have generated $107,000 for community projects.

TCP Global uses these repayment statistics and personal stories as measures for success. We considered using measurements developed for major micro-finance institutions, such as GRAMEEN Bank. However, after researching tools, we determined that the time required to train multiple site administrators was prohibitive. Data gathering would put an additional burden on the grassroots partners and the data gathered in any one site would likely not help other sites and would be of limited value to the site where it was collected since each of our sites remains purposely small. While larger institutions could train one person to handle success measures for hundreds of loans per year, TCP Global would have to train fifteen or more program administrators with new sites coming onboard each year.

Program measures become increasingly important the further removed an entity is from direct contact with its beneficiaries.  TCP Global elects to let its site administrators devote their time and energy to direct service delivery while we take note of the published results of success measures and program analysis. 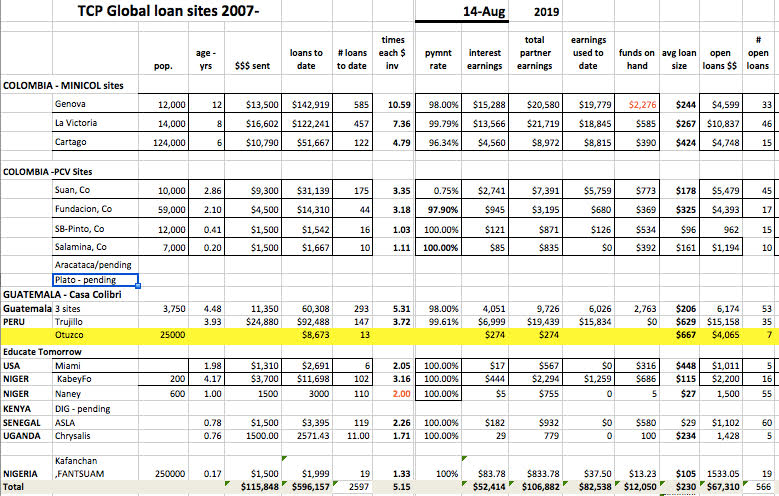